The action of Zooming in

The Atelier invited artists from the performance arts, pedagogues and cultural workers to explore, observe and experience a range of materials, techniques and methods of craft and to share and reflect on the insights that crafts can initiate through a series of workshops and lectures/performances. 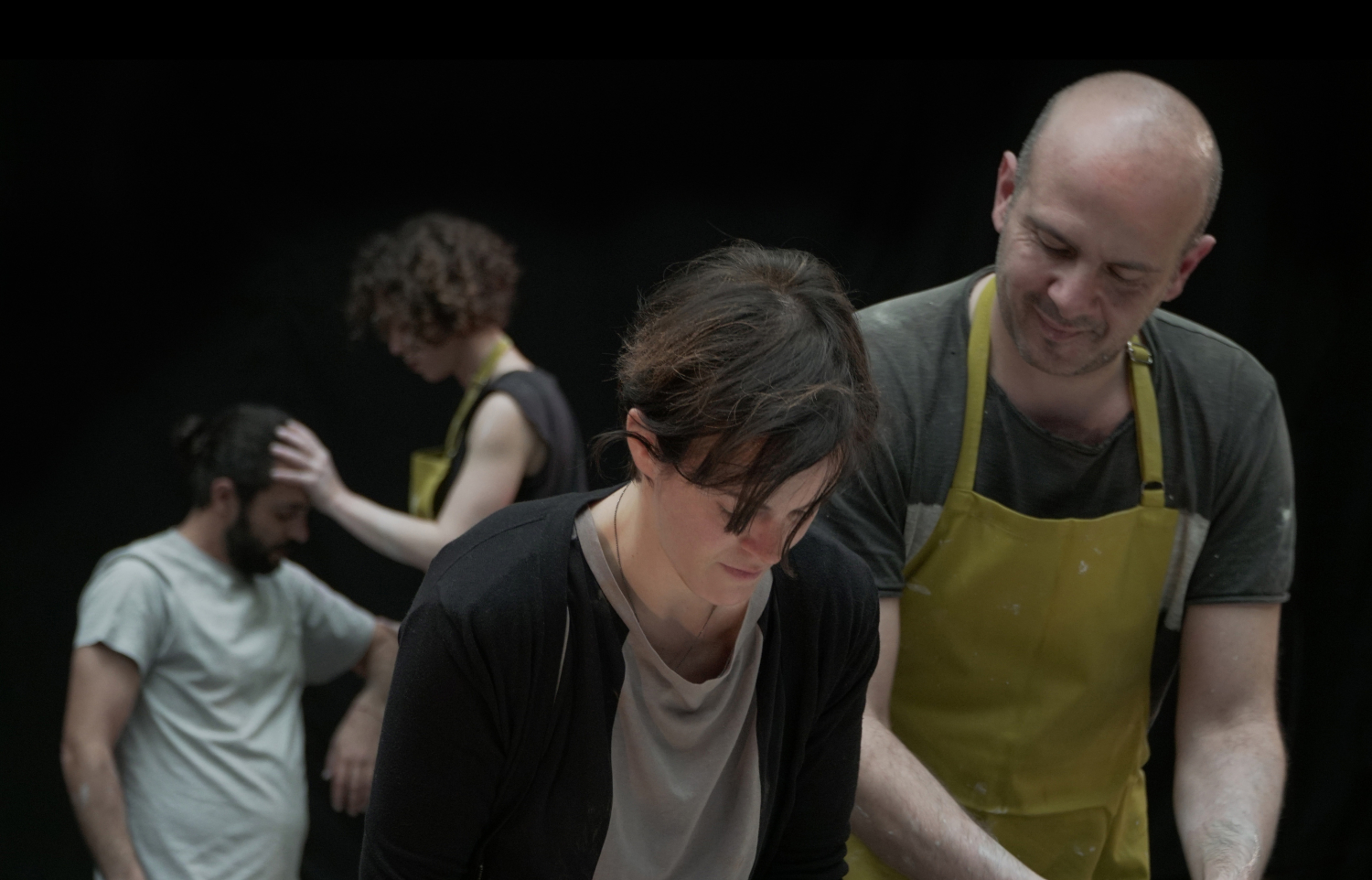 On this dreary day in April I climb the hill on which the Duncan Dance Research Center is built. It will not before lunch time till the clouds fade away and I can get a glimpse of the view on the city of Athens and the sea in the distance. In earlier times the Acropolis was in sight as well, making it even more of a mystical place for Isadora and Raymon Duncan to create a home for arts and crafts over 110 years ago. The historical engagement of arts and crafts gives root to the current dance centre as well and has been reason to establish the two year project Zoom In! in which six contemporary artists collaborate with six craft(wo)men. This Atelier is part of this longer trajectory.

‘It’s important to keep the relevant scale in the things we do’, Penelope Iliaskou, director of the Duncan Dance Research Center, shares with me. It is a conscious decision to search for the potential political affect of small-scale actions and encounters. The Atelier is built around this philosophy. We meet and we do; we act.

'A strategy that facilitates inclusion and a non-hierarchical collective action'

We meet and act during the morning warm up, organised by Ioanna Toumpakari around the five elements earth, water, wood, metal and fire. This collective and intense action, outside on the hill top, creates a physical and mental presence that helps to focus on the things to come. We meet and act when we take part in the Performative Installation of the Spanish NyamNyam collective, that over three weeks has gathered material from their surroundings in Athens. The collective aims to ‘use artistic tools to create horizontal relationships placing everybody in the same level of action’. So there we are, invited to relate to the objects presented to us, to eat their homemade bread and reconstruct the installation by moving the benches around. Exemplary for the whole Atelier, the installation imposes a strategy that facilitates inclusion and a non-hierarchical collective action. As NyamNyam (partners in art and life) rightfully state; the fact that they could bring their children to the process and to the Atelier, reveals a political philosophy that shouldn’t be underestimated: Duncan Centre is a place where everyday life is inherently intertwined with art, therefore no practical everyday life situation should distance people from art.

Crafts as an interface

Centre point of this Atelier are the six duo’s that are in the process of creating. We enter the first research phase in their two-year process and take part in their action. Each day three collaborative processes are shared and we are given three hours a day to explore the proposals. To be able to work with something as concrete like clay or thread is a treat for my senses.

'The material as an interface'

I especially enjoy the workshop of performer / director Anna Tzakou and ceramist Theodora Chorafa. They start by the technique of making a bowl out of clay, then blindfold us and ask us to create something out of sensing the material, and in stage three they give heaps of clay available to use in the space and connect to each other. I’m tired and withdrawn and decide to work on my own. I stand on the clay with my eyes closed and let my feet sink into the cold substance. It’s incredibly satisfying and healing and I enjoy it so much that I can imagine staying there forever. But slowly I start to play around, creating little clay islands for my feet to step on, and while doing this the urge to connect to the others grows; I put some clay on someone else’s foot. Moderator and dance dramaturge Guy Cools describes the material as an ‘interface’; through the action of doing, we connect to the other.

Being absorbed by an activity and nothing else seems to matter

The same happens with the laboratory of choreographer / performer Vitoria Kotsalou and artisan Click Ngwere. In an installation of knitted threads we learn how to finger knit. When I enter it seems like people have been there for hours already, with long knitted material surrounding them. I learn how to finger knit and once I’ve learnt it, again there is a huge satisfaction in the growing of my thread. Lecturer Efi Kyprianidou mentions that psychologist Mihaly Csikszentmihalyi has characterized the experience that accompanies skillful performance as “flow”: a few moments in time when you are so completely absorbed by an activity that nothing else seems to matter. But it also seems to function the other way around. When the action of the knitting becomes routine it also opens up possibilities for the other senses to be more focused. During the afternoon talks and lectures people continuing knitting; it’s an action that goes very well with listening, and somehow my focus on what is said is greater since my eyes are on my hands instead of on the one that’s speaking. I loose this ability to connect two actions though when watching the performance of Salva Sanchis. It’s highly crafted, proximate and transparent and I need all my senses to experience it. There is no space left for the action of knitting. Non-routine actions – as watching a new performance is – definitely requires ones full attention.

Sharing actions - crafting and reflecting, zooming in and zomming out

In the collective conversations it is hard to avoid talking in dichotomies. Visual artist Maro Michalakakos shares her experiences with wicker Zoe Venizelou and her mother. For Venizelou and her mother, the history and the roots of wickerwork and the relation it has to their family is highly important and trust was needed for them to share their secrets. Not only this respect for the history, but also ‘respect for the material’, as to what it can do and give, was a necessity for collaboration. Michalakakos showed her respect, interest and fascination by seeking proximity; being in their atelier, looking, asking, getting to know the material and them but also trying to gently push them out of their comfort zone. The first outing of this collaboration was an installation in which reed was coming from the roof and where we were allowed to create a collective wickerwork ourselves.

There is a danger in valuing the dichotomies differently and to simplify the differences, e.g. as to value the openness and will to innovate, stereotypically represented by the contemporary artists, above tradition and history, stereotypically represented by the craft(wo)men. In his performance lecturer Salva Sanchis proposes to try to go beyond the dichotomy by talking about practice and theory. Not as another dichotomy but as two actions within a process: one as the activity you do, the other as taking the distance to reflect on what this activity leads towards. He gives the example of food that was produced on the land, but sold on the market in cities. It was in this urban context where farmers met, shared knowledge and got inspired as to how to improve their product and process.